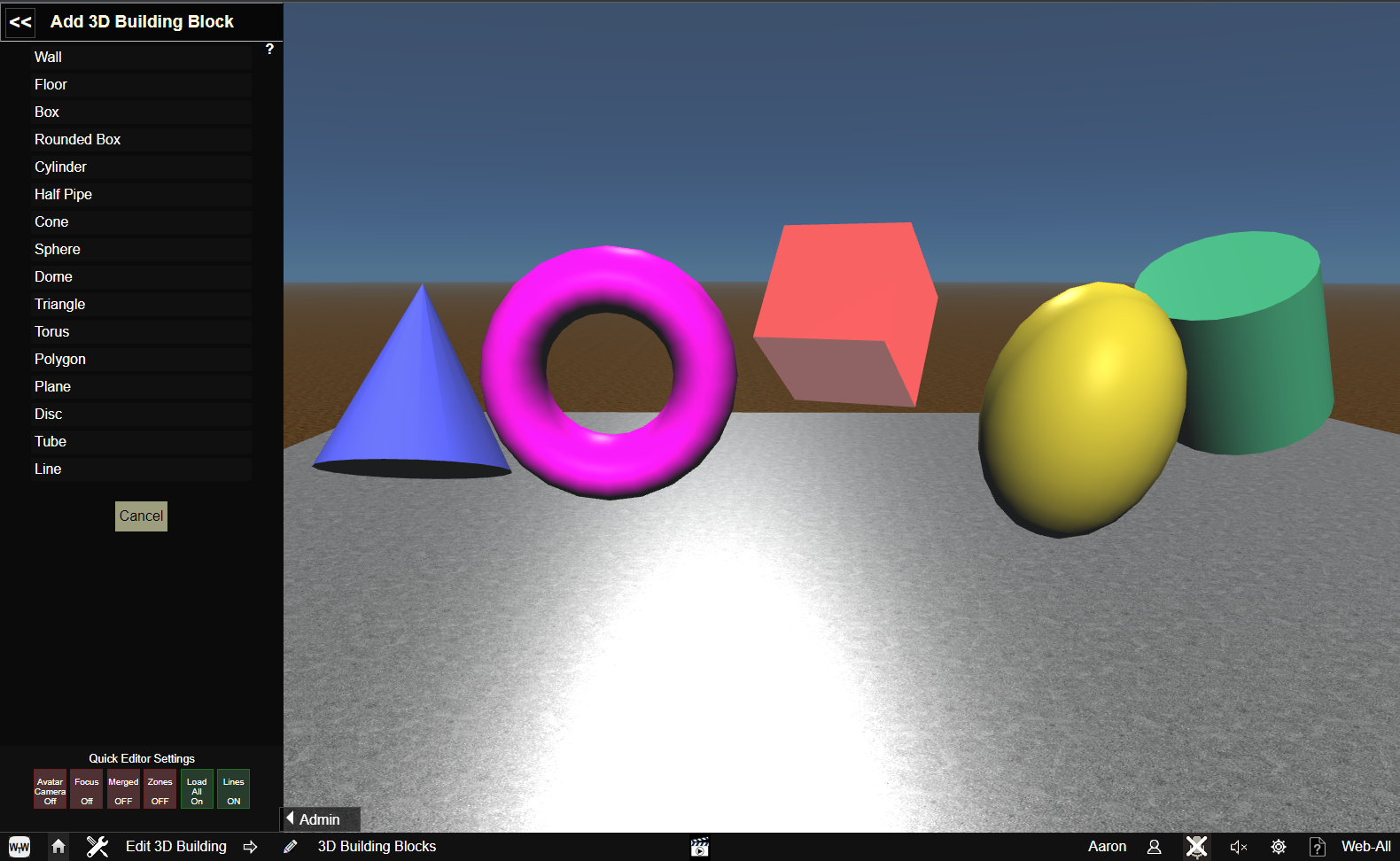 3D Building Blocks come in many shapes such as box, sphere, cylinder, torus (donut), tube, plane, disk, dome, half pipe, and others. Using the 3D Content Management System (3D CMS), each 3D Building Block can be:

to form any 3D structures. The appearance of each building block can be changed by switching  its texture using the 3D CMS.

In addition to 3D Building Blocks being able to be combined (Merge Shapes) to form different shapes and structures, we can use Constructive Solid Geometry (CSG) in the 3D CMS to create a possibly infinite number of shapes. Using CSG we can subtract one 3D Building Block from another or intersect them to make a new shape. With CSG, the number of possible shapes becomes exponential!

The image above demonstrates a 3D Box with a 3D Cylinder cut out of it.

Next, your choice of available 3D Objects are expanded with 3D Web Objects.